Mushrooms in my Mulch

As is so typical in mid- to late summer, prolonged rainy weather has left most of us looking at soils and garden beds that range from wet to waterlogged. After an extended period of daily or almost-daily rainfall, we typically see mushrooms popping up everywhere.

The vast majority of fungi do not cause plant disease and are actually beneficial. Some fungi help protect plants from organisms that would otherwise damage plants. Fungi kill nematodes and insects in the soil that might attack plants’ roots, for instance. There are even fungi that help protect plant roots from pathogenic fungi. 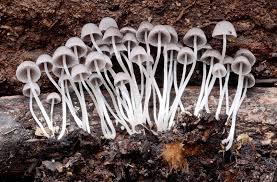 Some fungi actually enter into mutually beneficial relationships with plant roots. The fungi attach to or even grow into small feeder roots. Then, in exchange for carbohydrates provided by the plant, these fungi help the roots more efficiently absorb water and minerals from the soil, greatly benefiting the plant partner.

These fungi are called mycorrhiza, which means “fungus root.” Humans have a similar symbiotic relationship with the billions of bacteria that live in our guts.

These fungi decay organic debris in the lawn — grass clippings and dead leaves would otherwise accumulate and choke out the grass.

But, after a generous period of rainfall, many of these fungi make their presence known by sending up mushrooms — lots and lots of mushrooms.

The fruiting bodies of fungi grow on wood chips, shredded bark, and other mulches, and the resulting mushrooms may look unsightly but are mostly harmless. Fungi help break down dead organic matter, providing nutrients for plants. The mushrooms they grow emit spores that spread the fungi to new areas. 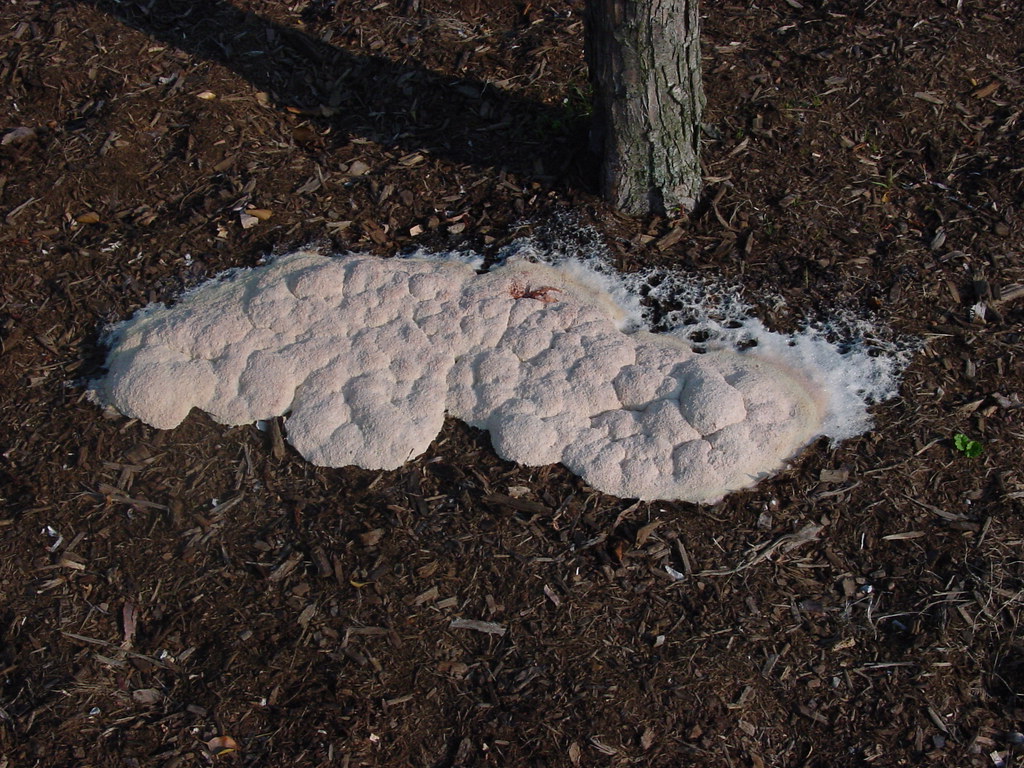 How Do I Get Rid of the Fungus?

Unfortunately, it is almost impossible to prevent mushrooms and similar organisms from growing. Many fungi get their energy from decomposing dead organic matter. They are actually a part of the natural recycling process.

• Step away from the buffet!
Lawn mushrooms feast on damp, decaying organic stuff – think grass clippings, doggie-doo, old mulch, and rotting tree stumps. Removing these food sources means mushrooms will wither and die. So have those stumps ground up, ditch the decomposing mulch, rake up mown grass and scoop that poop!

• Dry it up!
Mushrooms thrive in moist environments and are often a sign of over-irrigation or poor drainage. While you can’t control how much rain pours down, do practice deep, infrequent lawn watering. Your grass will develop an extensive root system and mushrooms will disappear as your soil dries out. De-thatching your lawn and aerating compacted soil in the spring or fall allows for better airflow, which helps drainage.

• Here comes the sun!
Because mushrooms dig the shade, trim excess branches so more sunlight gets into those areas.

• Fertilizing is fun!
Applying nitrogen fertilizer helps eliminate mushrooms by speeding up the decomposition of organic materials. Don’t use slow-release or water-soluble formulations, though.

• Chop ‘em down, pull them out!
You can remove mushrooms as you spot them, but if the food source is still around, those toadstools will keep popping up. Cutting them down will help prevent their spores from spreading to new spots in your yard, and will also make sure your dog or child doesn’t chow down on them.

• Let ‘em be!
They’re not especially pretty, but mushrooms do help your garden. They transform organic material into nutrients for your yard and help your soil retain moisture. Plus, according to Irish legends describing fairies dancing on ‘fairy ring’ toadstools, some mushrooms bring good luck to the household. So feel free to surround your mushrooms with garden gnomes and other decorations so people will think you have a fairy-friendly backyard!